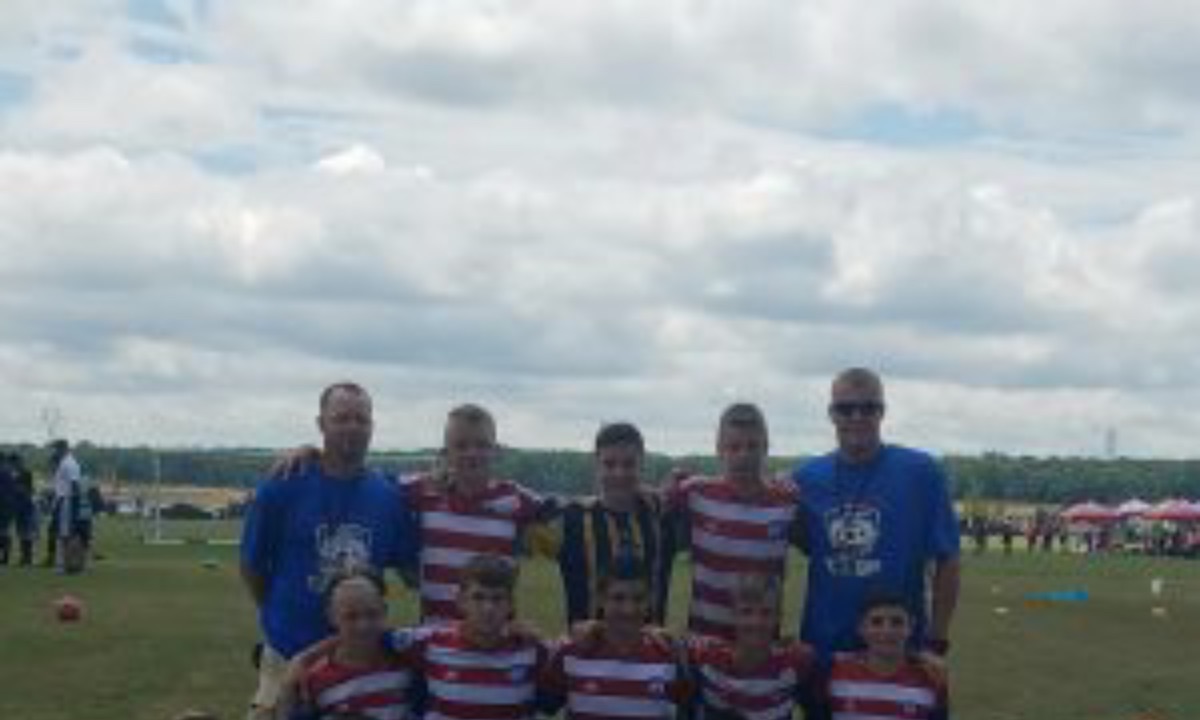 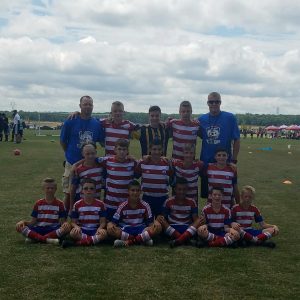 A tackle from behind just outside the penalty box sent Tyler Colton to the bench with a red card in the Region I (East) Championship Semifinal against Philadelphia Ukrainian Nationals 03 Elite motivated the United Soccer Alliance Predators before eventually becoming too much to handle and leading to 3-2 loss.

In the first half of that game, USA struggled to find their shape, weren’t connecting passes, and didn’t have the energy that they had in State Cup and throughout the three games of group stage.

Entering the halftime huddle down 1-0 courtesy of the goal that the Ukrainian Nationals scored in the ninth minute, the Predators decided to leave everything on the field, a principle that they stuck to throughout the second half. Because of Colton’s red card, they were playing down a player for the majority of the second half.

But, it didn’t matter how many more field players that the Ukrainian Nationals had. The Predators were not going to give in.

Soon after watching his teammate get sent off the field, Predator forward Francesco Pagano received a pass from Caden Stafford and guided the ball passed the goalie.

Ten minutes later, in the 58th minute, Pagano found himself with a window of space and found the back of the net to give the Predators the lead, but it only lasted three minutes.

In the 61st minute, the Ukrainian Nationals responded to the two big blows with the goal that they scored. They hit replay in the 68th minute and scored what proved to be the game-winning goal.

Watching the ball pass by goalkeeper Matthew Gera was absolutely heartbreaking for the Predators. Gera was having a very good game and had eight total saves in the contest, which capped off a superb four-game stint.

Gera protected the goal even more when USA matched up with Baltimore Celtic Premier of Maryland. He stood tall behind Jackson, Ethan Caruana, and Casey Philips and was a brick wall, as he had 11 saves in the 2-0 victory.

That trio teamed up with some of their younger teammates to hold Match Fit Montclair United 2003 of New Jersey scoreless. 2004 Boys Cason Stafford, Scott Schuyler, Bryce Koagel, and Antonino Pagano held down the fort whenever they could and played extremely hard.

Cason Stafford scored a goal in the 8-0 win over HB Cavaliers of New Hampshire.

The game against HB Cavaliers saw those plays with each player switching roles. Caden Stafford and Cameron Stuart both had one goal that was assisted by Francesco Pagano on top of an unassisted goal.

When the Predators matched up with Baltimore Celtic, Caden Stafford assisted Francesco Pagano and then Jackson got the rebound from one of Francesco Pagano’s shots and buried it in the back of the net.

Tyler Colton chimed in and had a goal in the game. He also chipped a ball across the face of the goal that Caruana would run onto and execute a header that maneuvered the ball to the back of the net.

Coaches Shannon Colton and Cole Stafford said that they were very proud of their team even though they have seen the end of the year’s season.