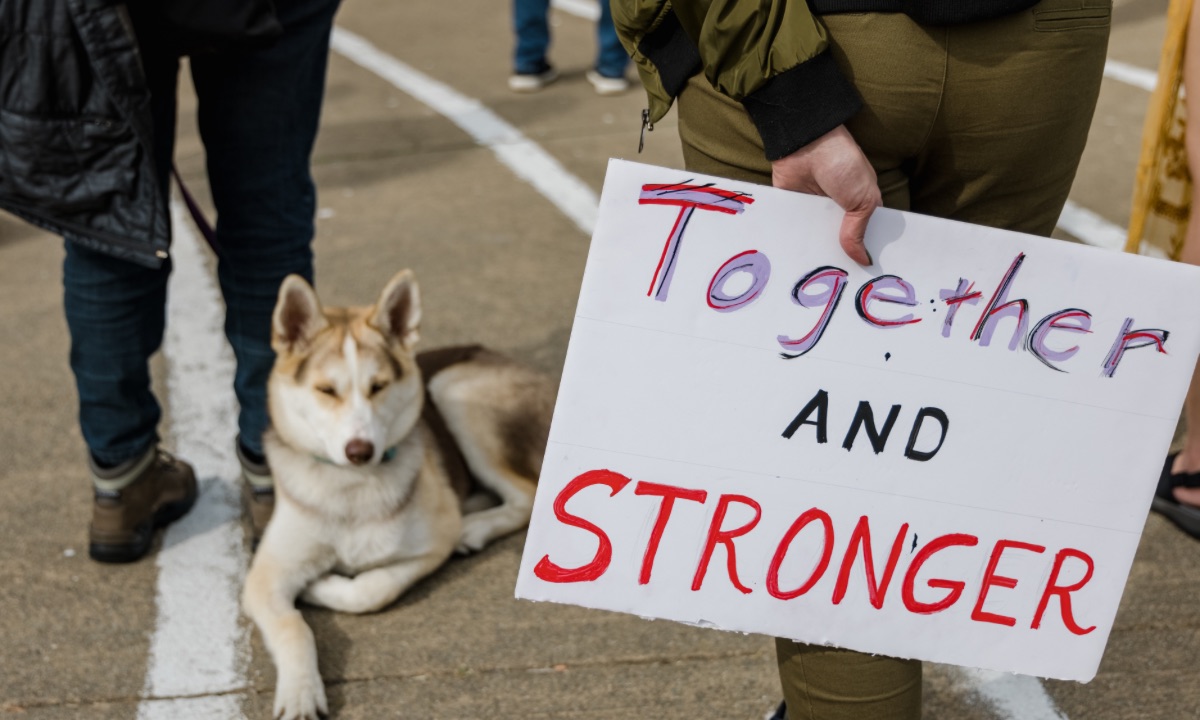 Courtesy of Jason Leung on Unsplash

It’s been four weeks since Joe Biden stood before America to accept his nomination. On that night, standing in his home town of Wilmington, Delaware, he called for unity and an end to what he called a “grim era of demonization.”

Uniting Republicans and Democrats will be the biggest challenge for Biden, who beat out incumbent President Donald Trump in the 2020 presidential election. The two parties have become divided about the most important issues, from the COVID-19 pandemic to climate change to systemic inequality. Biden and his vice president, Kamala Harris, will have to convince people to see others as Americans, not as political ideologies.

However, the American people need to convince themselves to reach across the aisle, said Dr. Kristi Andersen, political science professor at Syracuse University’s Maxwell School of Citizenship and Public Affairs. Andersen, who specializes in political parties and public opinion, said democracy is more than a political system, and its success relies on trust.

“We have to trust that even people we disagree with — political opponents — are acting in good faith and share many of our values,” Andersen said. “And to have a system where disagreements are productive and compromise is possible, we also need a shared set of agreed-upon facts and a shared sense of where to look for accurate information and data.”

Andersen expects Biden to alleviate some political tensions, but isn’t optimistic about other issues. She fears that a whole segment of the country will discount what he says, and thinks political disagreements will continue to be destructive instead of productive.

In broader terms, Democrats and Republicans have to understand one another. Americans have to work on depoliticizing as many aspects of life as possible and understand what people want to achieve, said Rody Conway, chair of SU’s College Republicans. Part of that is fighting against the tendency to shut the other side down and learning to live with people they don’t agree with, he said.

Noah Estling, political director of SU’s College Democrats, said Americans have to get back to looking at one another as fellow citizens instead of as political figures. “It’s important to understand what people want to achieve and go from there,” Estling said. While Democrats and Republicans often have the same end goals, he said, the differences and challenges revolve around how to get there.

But right now, Republicans generally want to keep the country as is and Democrats in general wish to move forward, Estling said. It’s important for the parties to come together and mend a hole in the nation so the country doesn’t repeat past mistakes, he said.

Even though the choice between Biden and Trump enlightened some divisions, Conway said, they were existing long-term trends. Over the past few decades, he said, the “middle institutions” that once defined America — churches, sporting leagues, large family gatherings and other local associations — have dissolved.

As a result, Conway said, people are more lonely than they were, and large entities, including the federal government, take advantage of them. “Detached bureaucrats in an office building in DC have no idea what your personal needs are,” Conway said, “yet people seem to be willing to use the government as a stand-in for their lost sense of community and identity.”

In other words, the division began long before Trump took office, Conway said. The current tensions have roots in the nonchalant attitudes of both the public and political leaders, Estling said. Political leaders have to be honest with the public, he said, and the public has to vote for politicians who will be best for the greater good of the community. The problem is people adjust information to fit their political views, and over time, Democrats and Republicans have put more of a spin on facts, he said.

Andersen added the rise of social media and decline of civic education has contributed to this trend. Social networks provide a platform for people to spread falsehoods, and a lack of civic education set students up to be convinced of those untrue claims, she said. Andersen said the inability to agree on factual information has become the defining aspect of America’s divided culture.

And the first step toward uniting more could be as simple as looking at the positive aspects of the past few months, like how those in New York City rose to the occasion as the epicenter of the COVID-19 pandemic or the unity from this summer’s Black Lives Matter demonstrations, Andersen said.